Get My Free Consultation
Menu

Get My Free Consultation
Menu 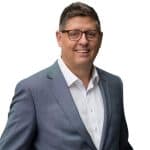 Hi all and welcome to what should be an eye-opening new Financial year.  We trust that everyone is staying safe as our economy (and most states) try to enter a new normal of further easing of restrictions.  As per the last number of months we wanted to just provide a bit of an update, and some good news as we wrap up a financial year (and last 4 months) that, I am sure all of us will not soon forget.  This update will serve as a quick specific look back at some of the investment purchases that we undertook in April and May as well as provide some information from Macquarie and Perpetual, two groups that we have long associations with. In addition, we have included some thoughts from a Commodity (Gold) presentation from last week by 2 of Australia’s mid-tier gold producers.

Macquarie – The Financial Year that was – Equities rallied to new highs by early January…As far as financial markets were concerned, FY20 was “one for the ages”. The financial year started with equities struggling to make headway from July to September in the face of US-China trade tensions and an associated manufacturing slowdown. However, late 2019 saw equities rally as central banks enacted a ‘U-turn’ on monetary policy and US-China trade tensions eased, triggering a global manufacturing recovery. The rally received further fuel in early January when the US and China negotiated a ‘Phase 1’ trade deal, seemingly reducing the risk of a trade war.

…then came COVID-19…Global equity markets initially brushed off the threat of COVID-19, which initially appeared in China in late 2019, with many markets reaching new highs by late February. However, as COVID-19 escalated into a global pandemic, risk assets began selling off sharply starting in late February. The month of March saw the sell-off become a rout as the pandemic saw one country after another effectively shut down large parts of their economy with lockdowns in order to contain the virus. Politicians & central bankers responded with ‘whatever it takes’.

…& markets eventually stabilised then rallied…The measures eventually appeared to ‘staunch the bleeding’ and restore some semblance of confidence in the economy and financial system. Equities bottomed in late March and then began a very sharp rally that gathered momentum as the intensity of the virus dissipated and economies opened-up as lockdowns eased.…before losing steam in the face of a ‘second wave’ However, the rally lost steam in June as a ‘second wave’ of the virus, particularly in many U.S. states, prompted reversals of lockdowns, prompting questions about whether the much hoped-for ‘V-shaped’ recovery would be under threat.

Australia weathered the storm relatively well: Like other Western countries, Australia felt the impact of COVID-19 as it imposed lockdowns and travel bans. However, the progression of the virus was relatively well contained in Australia, which meant that the Australian economy, while not unscathed, was hit relatively less than other major Western economies. Additionally, the Australian government’s fiscal response as a % of GDP was one of the largest in the world, helping to ease the pain on the economy.

Looking Forward: While the short-term outlook has become increasingly cloudy and the momentum of the recent rally is likely to fade, we do not think the cyclical recovery is at threat. Put differently, downside risks are more likely to slow the recovery rather than put the recovery at threat. This could lead to a more drawn out rebound, but if economic growth and corporate earnings continue a path back to trend, then in combination with record low interest rates this will be sufficient to propel markets higher.

Source:  Macquarie Wealth Management Team – The Financial Year that was 3/7/2020

Perpetual – Thoughts on the Market: Market increases globally, resulted in most sectors experience strong gains to the close of trade on 2/7/2020.  The MSCI World index gained .7% which has resulted in only 2 sectors still in bear market territory globally. The Energy and Financials Sectors are respectively 37.2% & 24.8% below their early calendar year peaks.

In the US, markets opened positively with a very strong June non-farm payrolls boosting sentiment, but stubbornly high jobless claims data and another strong set of daily COVID-19 numbers in several key states slowly eroded gains.  At present the US market has recovered 78% of its March quarter loss, but the recovery in the US economy is likely to level off before too long, due in part to the government set to become a large drag and the private sector is not in a strong enough shape to fill the growth hole. The UK officially left bear market territory due to overnight (gained 1.3%). Back to the US – payrolls gains reflect a snapshot of the mid-month flurry of rehiring in restaurants and retailers and this was before these reopening’s screeched to a halt given rising COVID-19 numbers around the US, which is likely to either slow or stall the rate of improvement.    For policy, the stronger-than-expected jobs report reduces the likelihood and the size of further fiscal stimulus and it will encourage the Fed’s ‘ patience ‘.

A few mid-cap gold miners presented, 1 of which (RRL) is currently listed as a buy on Bell Potter Research:

Current price: $5.47 Market cap $2.72 billion . RRL is a strong dividend payer with no debt and strong, consistent long-standing board and management team;

Currently hold $173 Million in cash reserves Low cost producer – relative to both domestic and international competitors they are in the bottom quartile as it relates to costs to produce; They are currently on a growth track focussed primarily on underground mine expansion;

PrevPreviousSome positive news from our Fund Manager colleagues
NextWhat should I do when JobKeeper payments end?Next

Together we can select the best outcome for your financial future.

Start planning your path to prosperity with an expert financial advisor.

Get your free initial consultation today

Site by Boost IT

Google Rating
5.0
Based on 17 reviews